Simply Enter Your Details Here and We'll Analyse Your Very Own Website Free of Charge!

See how we can drive more traffic to your website with our low cost pricing packages detailed here.

If we don’t improve your search rankings in under a month, pay nothing! Read about it here.

We have a step by step and proven SEO process. We’ve detailed every bit of it for you here. 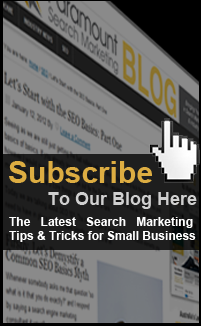 In the age of technology, social media has become a vital aspect of marketing your business or organisation. The figures speak for themselves. There are around 600 million Facebook users in the world, of which spend over 700 billion minutes per month on the site. Twitter alone has over 145 million users globally, and YouTube claim over 2 billion videos are watched daily on their site. In fact, there is 24 hours of video footage uploaded to YouTube every minute!

These figures are overwhelming, and should be enough to convince you that social media is important for your business. If you’re not a part of the social media bandwagon, now is the time to jump on, and Paramount Search can give you a leg up. We have previously worked on a range of social media strategies such as Facebook business pages that implement custom FBML markup code, YouTube channel design and optimisation and Twitter content management strategies. Around 30% of people’s time spent online is accessing and using social media, perhaps it’s time to get your brand in front of their eyes?